In 2013, Yamaha narrowly missed out on the winning MotoGP title, but achieved excellent results for the season overall. Jorge Lorenzo won eight races and came 2nd in the ranking, and Yamaha took its 200th premier class race win (MotoGP and GP500 combined) since Chas Mortimer brought Yamaha its first victory in 1972. For 2014, the 50th year since Yamaha won its first World GP title in 1964, the two teams of Yamaha Factory Racing and Monster Yamaha Tech 3 will compete in MotoGP aiming for Yamaha's first Triple Crown of Rider, Team and Constructor titles since 2010.

In the Motocross World Championship, difficulties like injuries for our ace rider meant Yamaha was unable to achieve its desired results last season. For 2014, the team structure has been changed, with one rider in the pinnacle MXGP class and one rider in the MX2 class aiming to recapture the championship.

In the AMA Supercross Championship which began on January 4, two riders are competing on the Toyota/Yamaha/JGRMX Team riding the "YZ450F" machine.

This year, Yamaha will again be competing in a variety of motor sports worldwide, including the world championships and races in the ASEAN region, Asia, Europe, North America, South America and Oceania. On their machines in Yamaha Blue, the riders and teams will aim to rev the hearts of fans and strive for top performances as one united force. We look forward to your cheers and support. 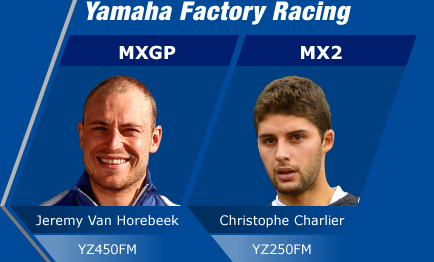 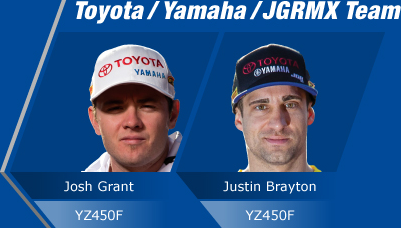