Vol. 11 Make the Wind Your Ally 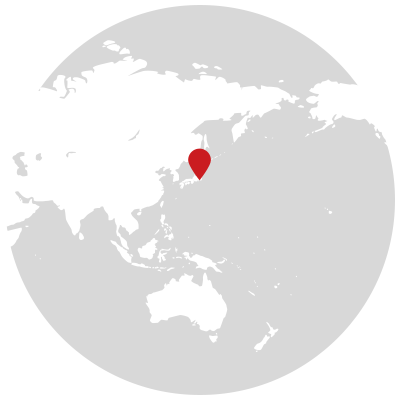 As the cold of winter approaches the seaside town of Hayama in Kanagawa Prefecture, six sailors and their instructor are about the only ones at this marina that is typically empty on weekdays. Fueled by a burning ambition, they are the members of YAMAHA Sailing Team ‘Revs,’ and they compete in internationally-certified 470 Class sailing dinghies. As they slice through the waves with the wind in their sails, the team has its eyes focused on a single goal—2020.

The two-person 470 Class competition sailing dinghy was originally created in France and the class was first incorporated into the Olympics at the 1976 Summer Olympics held in Montréal, Canada. A competitive weight for the two-person crew is around 120 kg and thus the class is said to be well-suited to Japanese athletes, as demonstrated by the fact that numerous Japanese sailors have taken top results in international 470 Class competition. When the 470 Class was first made an Olympic sailing class, Yamaha Motor was the only manufacturer in Japan licensed for building 470 Class dinghies conforming to the required specifications. At the time, Yamaha conducted research into and constructed competition boats while forming several 470 Class teams. The sailors of these teams were consistently among the top performers in international competitions, including the 470 World Championships.

YAMAHA Sailing Team ‘Revs’ competes in various domestic and international sailing competitions and was created to carry on Yamaha Motor’s Spirit of Challenge legacy spanning the history of its marine business, including the exploits of its former 470 Class factory teams, the prestigious America’s Cup inshore yacht race, and the Volvo Ocean Race (formerly the Whitbread Round the World Race)—sometimes called the Paris-Dakar of sailing. The team’s sailors board the 4.7 meter long dinghy and search for the wind invisible to those on land to carry them to their goal on a course of water and waves.

Managing the team and instructing its members is team general manager and supervisor, Akihiko Tobinai. Tobinai was a sailor for Yamaha’s 470 Class factory team in the 1980s. After unfortunately finishing 2nd in the final race of Japan’s national qualifiers deciding the team for the 1984 and 1988 Olympic Games, he retired from professional 470 Class sailing and dedicated himself to his next pursuit: sales in Yamaha’s marine business. However, after 30 years away from the sport, he returned to 470 sailing and put together YAMAHA Sailing Team ‘Revs.’ As these young sailors chase their dreams, Tobinai makes those dreams his own and joins the team day after day on the water, training and honing their skills.