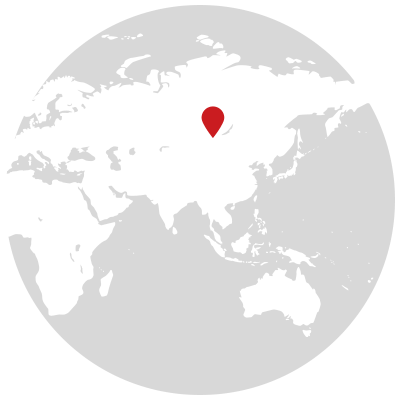 There are 99 national parks spread across Mongolia. Protecting the natural beauty and wildlife of these parks from poachers and illegal campers are some 400 rangers at work nationwide. Often living in the harsh environments of these wildlands, these rangers patrol the vast stretches of wilderness using small utility motorcycles as their means of transportation. To check on the Yamaha AG200s procured for the rangers by the Mongol Ecology Center non-governmental organization, a member of Yamaha’s International Cooperation Group visits Lake Hovsgol for the first time in a year.

It was in 2014 that NGO Mongol Ecology Center (MEC) learned of the badly damaged condition of the Chinese motorcycles the rangers were using and the difficulty they often had in getting replacement parts, and sent out requests for help for the rangers’ cause from the global community. In response, the “Rally for Rangers,” in which donor representatives ride and deliver the donated motorcycles themselves, has been held twice and a total of 35 Yamaha AG200 bikes have been delivered to rangers in the Lake Hovsgol area.

In this installment of our Moving You series, a member of Yamaha Motor’s International Cooperation Group who participated in the 2015 Rally for Rangers journeys visits Lake Hovsgol again with staff from the local Yamaha distributor. “The AG200 has been refined over the years through use in all kinds of jobs in workplaces around the world, so it’s a very tough motorcycle,” he says. “Still, we had no idea just how much damage the bikes would take in the kind of hard use a ranger’s job entails.” His return to Mongolia after a year had passed was to inspect the rangers’ bikes.

A variety of Yamaha products are used and loved by people in areas all over the world. To ensure our customers can use them properly and for years to come, our service network covers every corner of the world like capillary vessels to support the customers and also bring back valuable information about the harsh use conditions the products must withstand.