Vol. 5 The engine control engineer linking Rossi with his YZR-M1 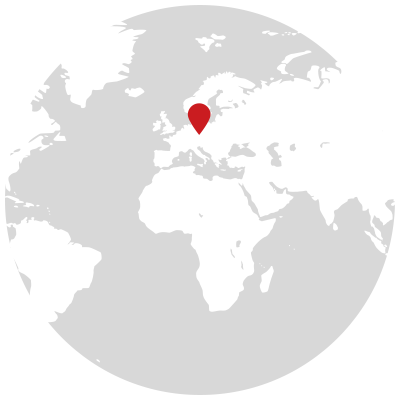 MotoGP is the pinnacle of world championship motorcycle road racing. It is where the star riders of the world compete all-out for victory and where the engineers pour all of their intellect into perfecting a single machine. Here we introduce the engineer who analyzes the enormous amounts of machine data and weaves it like silk into the engine's control systems to allow Valentino Rossi to put his legendary riding ability to work in its entirety.

In MotoGP, the premier class of motorcycle road racing, high-performance machines ridden by the world's best riders battling for victory sometimes reach speeds of up to 330 km/h. These races are broadcast to fans all over the world, and it is said that a total audience of around five billion people watch the races with excitement in front of their TVs each year.

The "YZR-M1" is the factory race machine specially developed by Yamaha for MotoGP competition. Since its debut in 2002, it has undergone continuous evolution and been a contender for the championship title every year. In this time, the YZR-M1 has won Yamaha a total of six MotoGP rider championship titles thanks to the skills of superstars Valentino Rossi (Italian, four titles) and Jorge Lorenzo (Spanish, two titles).

Kazutoshi Seki has been the engine control engineer for Valentino Rossi's YZR-M1 since Rossi joined the Yamaha Factory Racing team in 2004. Behind Rossi's phenomenal control of the bike is his unwavering trust in Seki's analytical ability, born from experience and handling such massive amounts of data, and his precise skills in control system programming. To get one YZR-M1 running, and to get one to bring victory, the hearts and minds of countless people are constantly at work behind all the flair and fanfare. Seki is one of these unsung heroes. When he's at the circuit for race week, or far away from it at Yamaha Motor's headquarters or test course in Japan, his eyes are always on Rossi's race data and the data from circuits all around the world when he inputs data into Rossi's YZR-M1 to try and bring the team victory.

"So many people have worked so hard to generate even just a little bit more power from the engine, and the job of an engine control engineer is to chip away at that power," says Seki. "When it's necessary, we squeeze out the engine's full power. When it's not, we put priority on controllability for the rider and limit it. Of course, for every circuit we change the engine's character to be very different. An example would be the character as the bike enters a corner, and the character when it powers out of that corner. The contrast in characteristics would have you thinking it was a completely different engine." There is only one engine that can be used, but that one engine can play the role of several engines, and creating those character changes is what Seki does.

The "M" in the YZR-M1 stands for two things: the "Mission" to feedback technology born in MotoGP back to Yamaha's products, and the "Mission" to win the championship. The newest cutting-edge technologies that Seki and his fellow team members develop in the quest for victory on the track are eventually employed as product control technology, a part of the "electronics control technology" that is one of Yamaha Motor's core competencies and found throughout its businesses and product lines.