Learn more about our genuine oil, YAMALUBE, the “Liquid Engine Component” made with expert knowledge of motorcycles and Yamaha products. 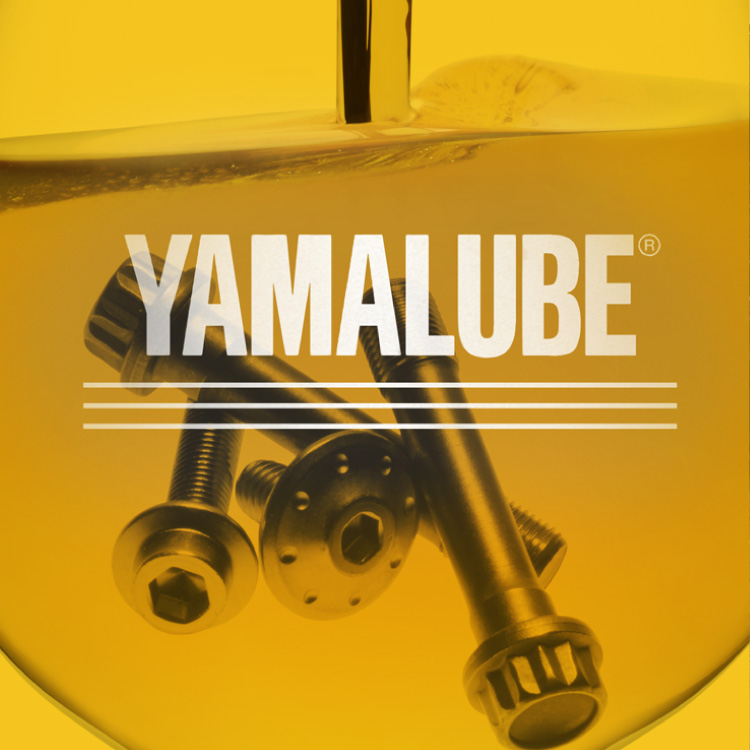 The “Liquid Engine Component” that realizes 100% performance of Yamaha products

This video tells the history of the creation and development of “genuine oil” that goes back more than half a century, as well as the reason why we consider YAMALUBE to be a “Liquid Engine Component”. 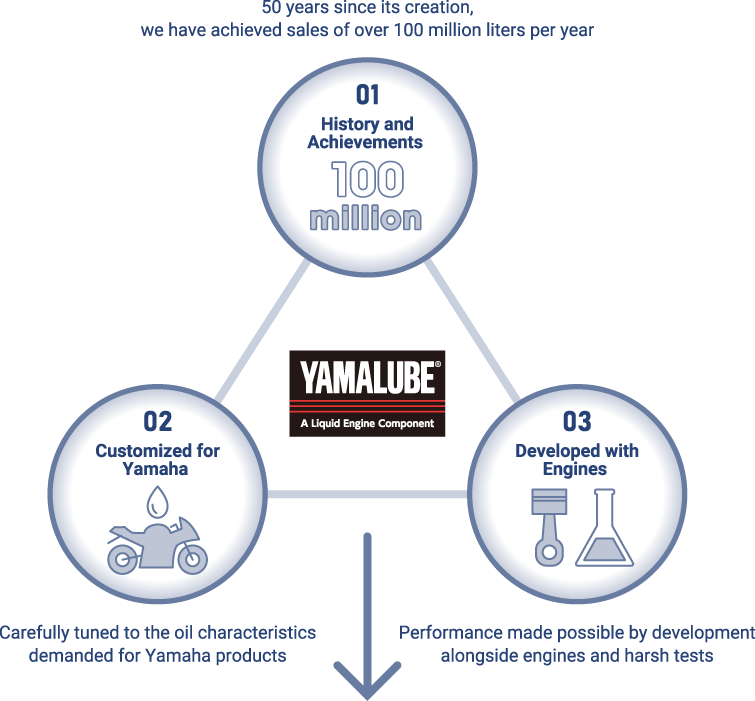 The “Liquid Engine Component” like no other, made with expert knowledge of motorcycles and Yamaha products

YAMALUBE is an engine oil developed by Yamaha specifically for motorcycles. Engineers who are familiar with the characteristics of engines and transmissions, and the role required of engine oil participate in development in order to realize the performance demanded of every type of motorcycle, from scooters to super sports bikes, at an advanced level.

“Base Oil”, our carefully chosen material

Base oil is the critical ingredient in making engine oil and other oils. By refining crude oil or performing chemical treatments and blending, base oil can be made to have various properties. As an engine manufacturer, Yamaha carefully selects and uses the base oil best suited to various engine characteristics and their operating environments.

The optimal additive for Yamaha products

Additives enhance the ability of base oil, and are essential to high-performance oil. The performance of oil depends on the blend of additives which have various effects, such as “stabilizing oil viscosity” and “keeping the inside of the engine clean”. We have carefully adjusted the additive ratio of YAMALUBE in order to maximize the performance of Yamaha engines.

Motorcycle engine oil is responsible for lubricating transmissions and clutches. It is subjected to strong “shear”, which tears the oil film as gears rotate. YAMALUBE has high “shear stability” that prevents a sharp drop in viscosity.

Motorcycle engines have high power with small displacement. Of course, this is a harsh thermal environment for oil. YAMALUBE has high oxidation stability and thermal stability, so it can maintain its original performance even in harsh conditions.

In motorcycle engines, which often operate at high RPM, the oil film tends to break down as the load increases, which can cause abnormal wear or seizure. YAMALUBE has high oil film retention, so it can protect engines reliably even under harsh operating conditions.