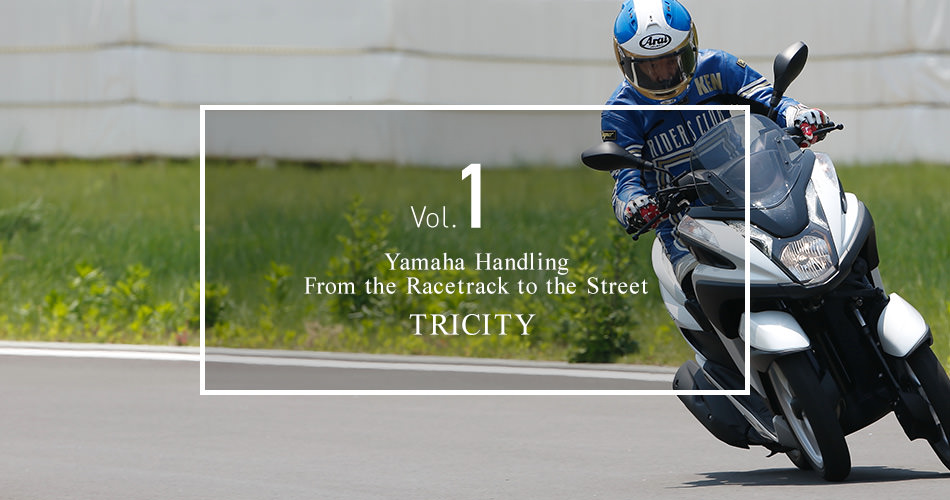 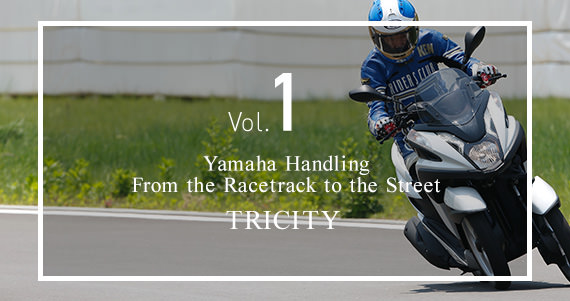 The Goal of an Engineer Who Developed the YZR-M1:"Handling and performance in tune with rider perceptions"

After thoroughly enjoying my test-ride with childish abandon, what I really wanted to know was what led Yamaha to develop the TRICITY as a commuter model, and what the philosophy behind that decision was.
As soon as I met with the project leader who developed the model, I knew that I‘d found a lead. Here in front of me was an engineer who had not only worked on the development of numerous race machines over the years but also even been in charge of chassis development for the YZR-M1 competing in the most challenging arena of motorcycle racing—MotoGP. These are irrefutable credentials of a true craftsman of handling performance.

I believe there's a view that the most important thing a race machine competing for a championship title needs is engine power. Of course, engine power is essential for acceleration when coming out of turns and for top speed on the straights. But, no matter how much power the engine might have, it's meaningless if it isn't tuned for power delivery characteristics that make it usable for the rider. If you're at full lean in a corner and you open up the throttle to try and accelerate out of the turn as quickly as possible, the sudden power can cause the rear wheel to slip and lead to a big crash like a highside that throws the rider off the machine. It's not only a matter of engine tuning but also the chassis behavior. When you go from braking to leaning the bike over to enter a turn, the machine needs characteristics that make it difficult for sudden changes to occur in its motion. That's crucial for the rider to be able to ride it as intended.

The question is how well you can get the characteristics of the engine, chassis construction, suspensions, etc., in tune with rider perceptions to make the machine easy for the rider to use, even when performance is being pushed to the limits. The term "handling" no longer simply refers to the machine's handling capability but is coming to be used to represent the overall management of all these elements of performance. The engineers have been the "conductors" of this "orchestra" of integrated, complex and conjoined elements that are created, and have certainly reached a realm where they deserve to be called "handling craftsmen."

When an engineer who achieved success in the ultra-competitive arena of extreme handling performance turns to the development of a commuter model, it seems only natural that he'd choose handling as a top priority for the model. Perhaps there wasn't even a need to ask about it, but it was nice to hear such a true "lover of vehicles" talk with obvious pleasure about the machine in his own words.

He first talked about his belief that it's important for handling to be fun, even on a commuter vehicle. Rather, he said if it's a vehicle that a person will ride, it has to be fun. He then went on to say that the twin-front-wheel/single-rear-wheel design of the new model was one method for taking that handling enjoyment and adding new aspects it didn't have before. In a straightforward, engineer-like fashion, he explained that increasing the functionality of the front wheel of a conventional motorcycle—with its one wheel each for the front and rear—would immediately expand the range of riding enjoyment for even the average rider, and adding a second wheel to the front was a realistic and practical way to do that. 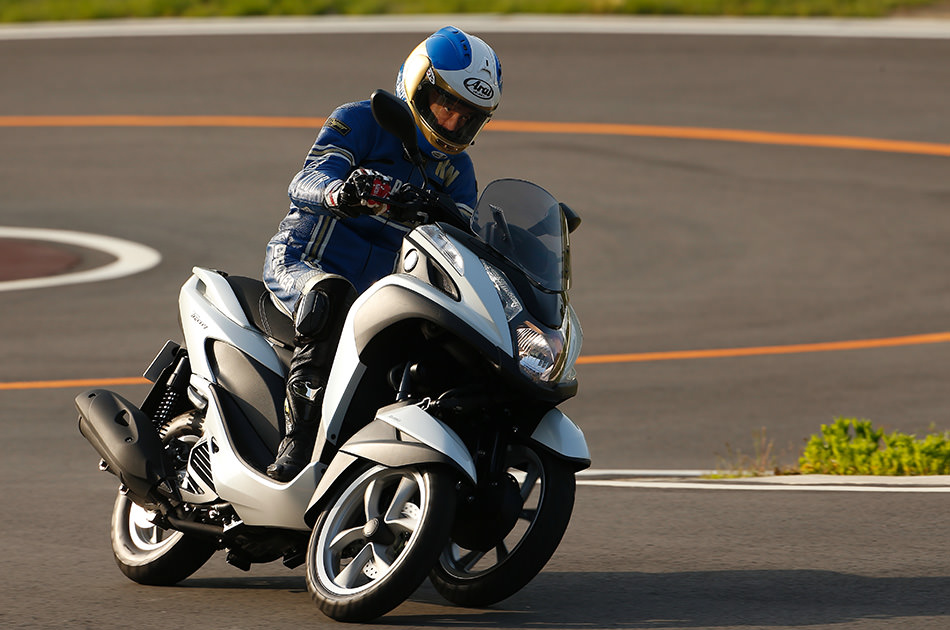 But, creating this kind of new vehicle must have been an extraordinarily difficult engineering task. The model's structure places two front forks in parallel in a way that makes them able to lean together with the chassis as well as giving them the capability to move independently in accordance with right-left differences in the road surface. Moreover, Yamaha had never taken such a system to completion before. However, he just smiled and said that things actually went quite well. He also didn't dwell on such commonplace knowledge for a MotoGP engineer like the advantages of positioning the fuel tank near the machine's center of gravity and achieving a 50:50 front-rear weight distribution. Instead, he repeated that if the average rider can enjoy riding the TRICITY with confidence and trust, even without being aware of the intricate engineering behind it, then his wish has been fulfilled. It was nice to see how content he looked when I told him that he need not worry about that, because in my first time riding the TRICITY, that was exactly what I felt. 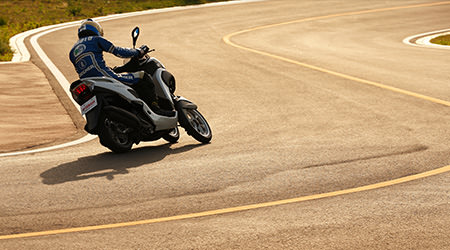 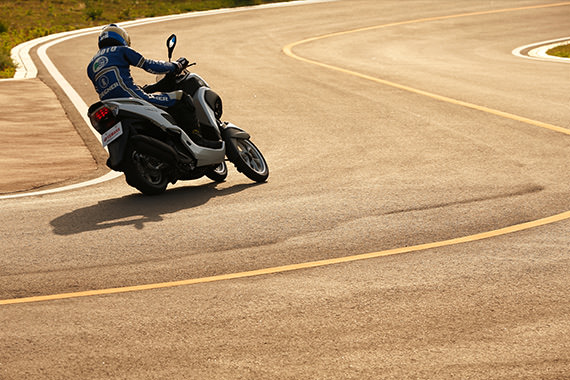 Finally, I'd like to say something about what this revolutionary commuter model created by Yamaha Motor represents. Yamaha has traditionally been a manufacturer that places top priority on handling; it's something the company has maintained from as early as the 1960s. But, among riders who have loved sport bikes for a long time, I'm sure many will remember how Yamaha came to be referred to as the brand for machines with good handling around the 1980s, an era when many riders came to enjoy cornering as a sport in itself. As a motorcycle magazine editor at the time—someone responsible for conveying that enjoyment—I will never forget Yamaha's unique style.

The motorcycling boom at the time had sparked intense competition between the different manufacturers, and had begun pushing handling performance in the direction of the extreme. Still, Yamaha stuck with its belief that the main form of motorcycling for the average user was touring, and refused to change its priority on smoother, gentler handling that gave riders a feeling of assurance, rather than sharp response for cornering. It didn't matter that the motorcycle magazines and media were giving rival machines better marks, either. The new TRICITY is a model that seeks a new dimension in handling and is also a product born of that tradition of "Yamaha Handling." Imagine the growing number of people that will be riding this new commuter through the city streets in style, gaining a new appreciation for the fun it offers and then sharing that appreciation with other new riders; it's a future that I greatly look forward to seeing with my own eyes.