After the curtain closed on the age of multi-cylinder, multi-geared GP machines, Yamaha carried on its racing activities with its production racers. Production models ranging from the 2-stroke supersport YDS series and the DX250 and RX350 models to the motorcycles that would eventually evolve into the RD series, formed the foundation for these Yamaha production racers. The race machines all had the same chassis and mounted engines based on their respective production versions. “The TD [250cc, up to the TD-3 model], TR [350cc, up to the TR-3 model] and TZ [newly liquid-cooled 250cc and 350cc models] all used frames based on the RD56. The RD56 came out around 1960 and was a fully developed machine by the time the RD05 appeared. The base model for these production racers was always the RD56.” There are so many racers that honed their skills on these production model-based race machines.

You can come up with a seemingly endless list of world champions in the 1970s that were “brought up” on Yamaha’s production racers, like Kenny Roberts, Barry Sheene, Franco Uncini, Takazumi Katayama and Freddie Spencer. After I left a Kawasaki-based team and became the All Japan Road Race Champion in 1973 with a privateer team, I too competed in the World GP riding a Yamaha TR-3 and TZ350. Back then, those on factory machines like Kawasaki’s KR250 and KR350 and Harley-Davidson’s 250cc and 350cc bikes (when Harley had bought Italian company Aermacchi) were desperate to try and beat Yamaha’s production racers. Of course, Yamaha’s bikes would lose out to the factory racers in top speed, but their top-notch handling made them fast in the corners, and the championship title was never given up easily. Naturally, the Yamaha 2-stroke production supersport models that had the same frame as these phenomenal production racers were highly praised. 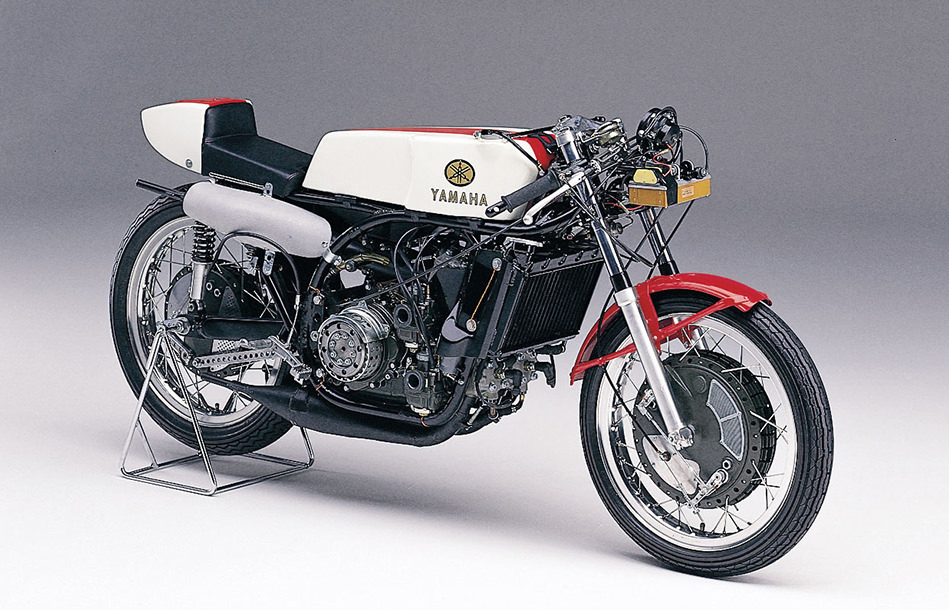 A full-scale revision of the RD05 to reduce weight and size as much as possible produced the RD05A.
Phil Read rode this machine to win his 3rd GP250 title in 1968 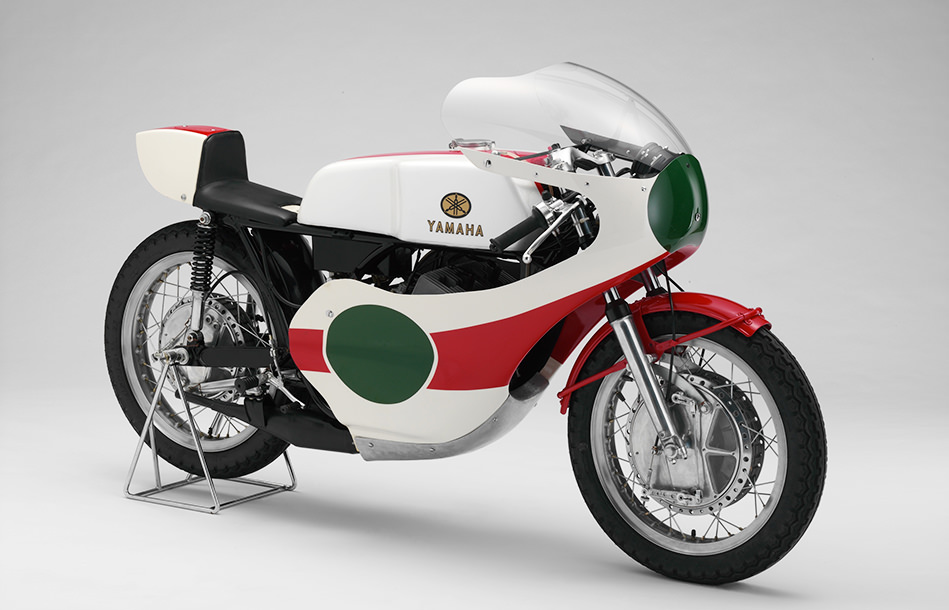 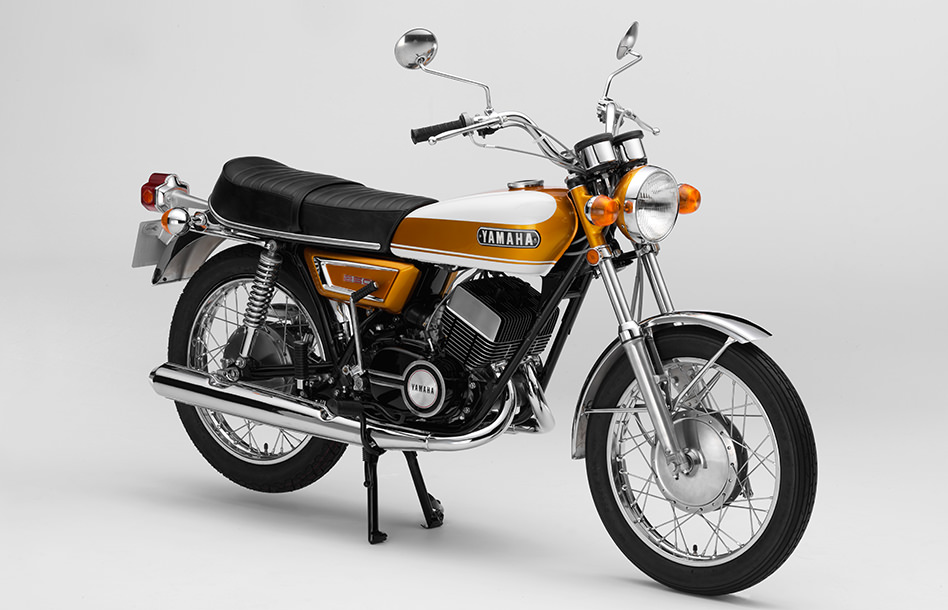 Because only machines based on production models could compete in the All Japan Road Race Championships of the day,
the production model DX250 (pictured) had a lot in common with the TD-3 production racer

I’d like to quote the words of the late Takafumi Fujimori, a veteran test-rider that was involved in Yamaha’s machine development at the time.
(Taken from an interview at the time of Chief Engineer Takafumi Fujimori from Yamaha’s Road Testing Unit, 2nd Project Engineering Division)

“We began with the YDS and then the DX and RX production racer replica street models, but we just checked things like the balance between the chassis and the engine’s characteristics, the settings of the tires and suspensions, and if the bikes were good for public roads. That was about it. We didn’t really have to do any additional or significant development tests. Since these were fully developed production racers, I’m fairly certain the detuned production model versions had a lot of leeway in terms of chassis performance.” These Yamaha 2-stroke supersport models can be included among the important roots of Yamaha and had a lasting aura of “bikes with excellent handling” thanks to the image built up by the production racers that would win races around the world. At the same time, this was when more and more riders began enjoying the feeling of taking a good-handling bike through the turns.
It was around then that stories like the “Rokko Training” runs that took place on the twisty roads of Mt. Rokko in Hyogo Prefecture started becoming famous and widely known. But, entering the 1970s, the development focus for production models gradually turned to creating large 4-stroke motorcycles. Ken Nemoto racing as a privateer entry in the 1973 All Japan Championships on the TZ350. He would go on to hold the factory machines at bay and win the championship that year