The Yamaha Factory Racing Yamalube team, which competes in the premier MXGP class of the Motocross World Championship with the YZ450FM factory-spec motocrosser, entered the 2015 season with two young riders aboard: 25-years-old Jeremy Van Horebeek, who had a brilliant 2014 season in his debut with Yamaha by finishing on the podium 11 motos in a row and ending the year as the championship runner-up, and his teammate, 23-year-old MXGP rookie Romain Febvre. 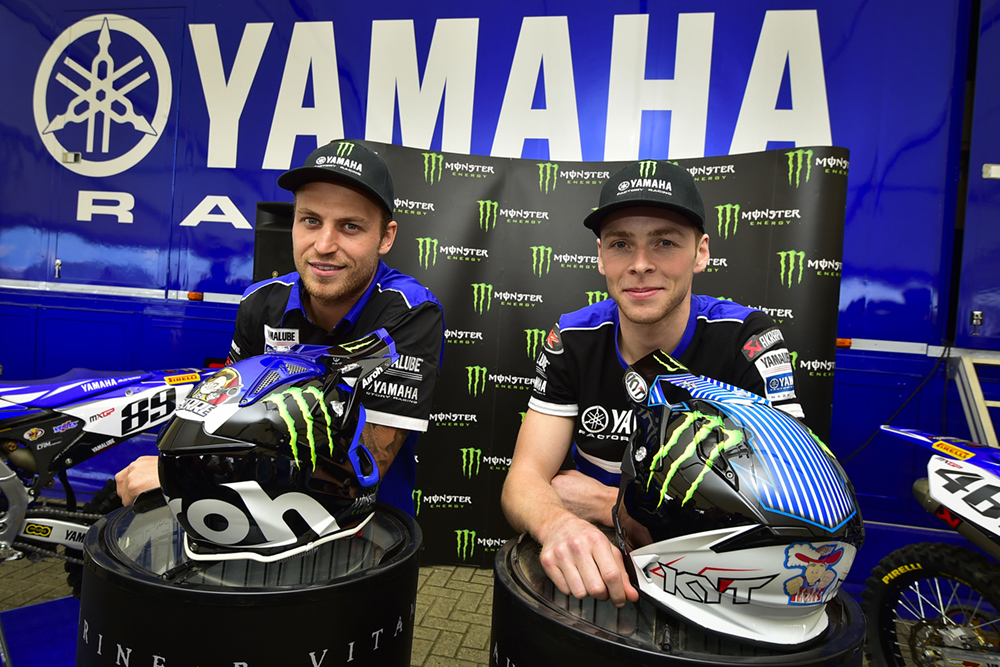 Van Horebeek was widely tipped to take the World Championship title and got off to a decent start with 5th place overall at the opening GP of Qatar. But his bout of bad luck would begin at the following round in Thailand. He fell in the first moto, which caused problems with his eyesight and eventually forced him to retire part-way through the second moto. At Round 3, the GP of Argentina, he fought bravely to take 6th overall and then planned to make a comeback from the fourth round onward, but it unfortunately wasn't to be. At the GP of Italy, he crashed again in the second moto and broke his left foot, which would keep him out for the next two rounds.

Meanwhile, his teammate Romain Febvre, who had ranked 3rd in the MX2 class in 2014, rode an offensive campaign right from the season-opener. He finished 6th overall behind his teammate saying, “Sixth overall with the new team, new bike, new class is positive and I'm happy.” At the scorching-hot GP of Thailand, he started to show glimpses of his immense talent. After getting a rocket start off the line in the first moto, he expertly rode through the jumps and gaps to take a hard-fought 3rd place finish. In the second moto, he also raced well and finished 4th, which left him just shy of the podium with 4th overall for the event.

He got 7th overall at the following round in Argentina, but was back in the spotlight again at Round 4 when the series' tour through Europe began. His engine stalled in the first moto and he ended up finishing in 7th, but in the second moto he caught up to defending World Champion Antonio Cairoli (KTM) before finishing 2nd to take 4th overall. Expectations of his first podium finish began to mount.

A First Podium, a First Victory and Step-by-Step Progression

Febvre's long-awaited first podium finish came at the GP of Spain, the sixth round of the season. He placed 4th in the first moto, then stormed to the lead by lap 5 of the second moto. His engine unfortunately stalled in an uphill section, so he was forced to settle for 2nd. But that was enough to secure him 3rd overall and a well-deserved first podium in the class.

With one-third of the season already complete, Febvre was ranked 5th. The next step for him was to take his first moto win, but it took no time at all. At the second moto of Round 7, the GP of Great Britain, he gradually worked his way up from 4th during the first lap. With seven laps remaining, he took the top position and kept it all the way to the finish line to take the checkered flag and his first moto win in the premier class. He finished the event in 3rd overall and stood on the podium for the second time in a row.

Along with Febvre's steady progression came yet another accomplishment. The eighth round of the season was held in Febvre's home country of France. He finished in 2nd behind Cairoli after starting from pole position in the first moto. The second moto saw Husqvarna's Maximilian Nagl take the holeshot and an early lead, but Febvre was in hot pursuit. With eight laps to go, Febvre passed Nagl to move into the lead and kept a steady pace to take the checkers in 1st, which secured him his maiden overall win.

The ninth round of the season was the Yamaha team's home round: the GP of Italy. The first moto was an all-Yamaha affair; Febvre took the victory aboard a YZ450FM in special commemorative 60th anniversary yellow/black livery, while Van Horebeek, who had made his return at Round 7, finished in 3rd and David Philippaerts secured 2nd riding a YZ450F also sporting yellow/black colors.

Though all of them finished lower in the second moto, Febvre still took the overall win. “I'm really happy to win my second GP in a row and it is great for the team and for Yamaha on their 60th anniversary,” Febvre said. He had made a big transition from MXGP rookie to one of the class' top riders.

An Unstoppable Charge Straight to the Top

By that point, Febvre and YZ450FM seemed unstoppable. At Round 10, the GP of Germany, he notched up a third consecutive victory, putting him at the top of the championship standings. Then at Round 11, the GP of Sweden, Febvre won both motos and took the overall win and Van Horebeek joined him on the podium with 2nd place overall for a stunning 1-2 finish.

Febvre completed Round 12 in Latvia in 3rd overall, and then won both motos and took the overall win at Round 13 in the Czech Republic and at Round 15 in Italy (GP of Lombardia). He not only achieved his sixth victory of the season but also his tenth consecutive podium finish. Van Horebeek had regained his rhythm by this point and took a strong 2nd place finish overall in Italy, raising his overall ranking to 7th.

The GP of The Netherlands, Round 16, was up next. Febvre made a mistake at the start and ended up finishing the first moto in 5th, but flew off the line in the second moto to slot into 2nd and began chasing down Honda's Evgeny Bobryshev. He then caught and passed him on lap 11 and moved into the lead, where he controlled the remainder of the race and took the win. He achieved 2nd overall for the event and was crowned the MXGP class' 2015 Motocross World Champion with two rounds left to go.

“I knew with some good starts I could be on the podium again and that was the goal. I knew also if I finished in front of [Honda rider Gautier] Paulin then the championship would be done. It didn't happen in the first moto but my start was a lot better in the second and I could pass everybody to win the 2015 World Championship! I cannot thank everybody enough.”

But that was not the end of Febvre's 2015 charge. At Round 17, the GP of Mexico, he took his fourth double moto victory, and at the final round in the United States, he finished 1st and 2nd to grab the overall win. He had achieved eight overall wins for the season, 15 moto victories and 13 podiums in total.

Van Horebeek made the most of his comeback in the second half of the season by racking up points before finishing the season in 5th. He praised his teammate saying, “First of all I'm happy for this team. We've had success for two years; with me last year and now Romain. This season was bad for me but it doesn't matter. Everybody has it at some stage. Still, I had two podiums and it means I can do it. We have some homework to do this winter and I will be putting a lot of time into that.”

Thanks to their combined efforts, Yamaha also took home the Manufacturer title in 2015. 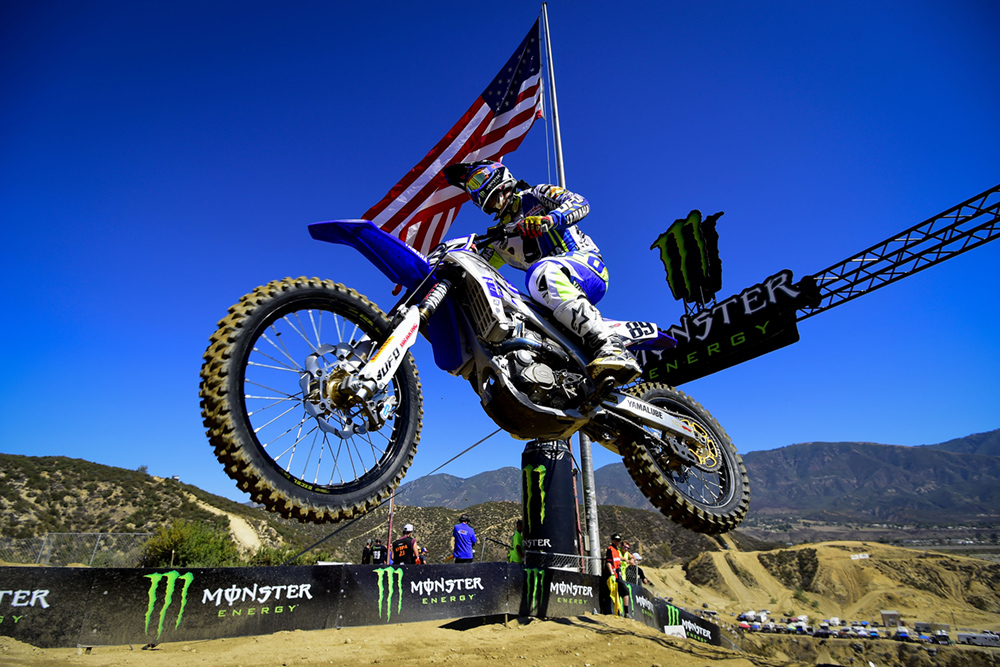