These are navigation skip for main content and footer menu.

Two of the terms used often in speaking about suspension design are "geometry" and "dimensions." These two terms have different specific meanings. Dimensions refer to the sizes of the parts and components making up things like the "ski stance" and the width × length × height of the track, etc., as they appear on the original design blueprints. In terms of the human body it would be things like the height and weight and the measurements of the chest, waist and hips. Geometry refers to the movements produced by the various parts of the machine. In terms of the human body it would be a quantification of things like the contraction and extension of the muscles and how the parts of the body move in relation to each other. Just like a top athlete's performance is determined not only by his or her physique but also by body movement, a snowmobile's "geometry" is a very important factor in determining the agility and flexibly with which it will respond in different riding environments and to riding styles.
The geometry of a snowmobile is determined mainly by the type of suspension and the characteristics of the shock absorbers used. The suspension type determines its structure. It has nothing to do with gravity or load, spring or shock absorbing capacity. Instead it can determine the direction of vectors of motion in the machine's geometry. These factors are determined by the combination of the number of rotational axes, their positioning, arm length and link ratios.
For example, a "leading arm" type front suspension can be designed for lightness and compactness, but it is not effective for increasing stroke. A "double wishbone" type has a complex structure but allows greater freedom of design and is good for increasing stroke. The trend in recent years for riders to enjoy riding aggressively on bumpy surfaces has created the need for suspensions with longer stroke. That is why Yamaha uses "double wishbone" type front suspensions on its 4-stroke models since the RX-1.
As for a snowmobile's rear suspension, it is a unique mechanism not found on any other vehicle. It must absorb the shocks received by the track as it moves in a seesaw motion as the snowmobile runs, while also ensuring good traction. In simple terms, the rear suspension makes the ride more comfortable by absorbing bumps and can provide good acceleration performance with the right amount of weight transfer. Yamaha uses a wide array of suspension types on its snowmobiles, but they can be divided into basically two types. One is the "Mono Shock" type employing a single shock absorber and the other is the "Dual Shock" type that has two shock absorbers positioned in the center and rear of the skid-frame respectively.
The Mono Shock type is an exclusive Yamaha design used on our trail models that employs a single link between the forward and rear arms to lighten the unit and provide longer stroke. It heightens the sense of rider-machine unity in trail riding by absorbing the shocks from smaller bumps nicely for a comfortable, quality ride.
In contrast, the biggest feature of the Dual Shock type with its two shock absorbers is the capacity to expand the range of controllability for the rider. The two shock absorbers function together to enable the rider to control machine attitude using 'stand-up' techniques and throttle timing to let the suspension absorb the forces from bumps and ride actively with dynamic motion. This type of suspension is recognized for providing a ride that lets riders run over bumpy surfaces with rhythmical motion and also for providing more comfortable and enjoyable tandem riding.

The double wishbone type front suspension has twin arms (upper and lower) on either side and gets its name from the similarity of its shape with the wishbone of a chicken's breast. The merit of this type is its ability to minimize loss of contact surface between the skis and the snow surface when the shock absorber is in motion, thus contributing to outstanding handling performance. This is a suspension type that was originally developed for automobiles and Yamaha has modified its design for optimum function on snowmobiles.

This suspension type has only one shock absorber to control forces from the snow surface. Therefore, its shock-absorbing function does not involve the overlapping of forces that occur with the two shock absorbers of a dual shock type. As a result, this is a rear suspension that reacts evenly no matter where shocks from the snow surface are applied to the suspension. This creates a softer feeling to the ride and reduces pitching on bumpy ground for excellent stability and a comfortable ride.

This type has two separate shock absorbers fore and aft that function to provide an excellent feeling to the ride. Because the two shock absorbers function together, this type makes it easier to enjoy riding aggressively over bumpy surfaces, etc., using 'stand-up' techniques and throttle timing to let the suspension absorb the forces from bumps. It also makes it easier to enjoy active machine control during acceleration and deceleration.

On models like the Apex a mechanical trail is set between the ski and the pinion axis. The offset effect resulting from this trail helps provide the desired balance between performance in straight-line running and turning. Furthermore, by optimizing the lateral forces (resistance) applied to the rear portion of the skis it helps provide good straight-line running stability, while also contributing to more stable handling by helping to reduce the effect of forces caused by ruts or bumps in the snow surface.

If the suspension type is like the type of bone structure of the human body, the shock absorber is like the muscles. The contraction of the muscles functions to move or to stabilize the bone structure, and the shock absorber performs the same type of function with its spring and damping forces. The spring absorbs external shocks with its stroke (elasticity), and the stronger the shock the bigger and faster the resulting stroke motion will be. It is the role of the damper to restrict and control this motion.
There are also many types of springs and the development process involves research from a wide variety of aspects and testing different combinations of the alloy used, the diameter of the rod used in the coil, the pitch and number of coils, etc., to develop springs that best fit each model's needs. Many models use dual-rate springs designed to absorb both strong and weak shocks effectively, and Yamaha has also employed 3-stage springs in the past. In 2005, Yamaha used an air suspension by the maker FOX with the aim of reducing unit weight and providing a rising-rate type effect by replacing the coil with an air pressurized air unit.
As for the damping characteristics, it is well known that the damping effect is the result of resistance created when the oil in the shock absorber's cylinder is forced through the internal valve, orifice and port. One of the factors Yamaha has focused on in damping force development is the speed of the shock absorber cylinder's piston. On an automobile, the piston speed is usually less than a 10th of a meter/second but for its snowmobiles Yamaha has developed damping functions employing piston speeds ranging from 3/10ths to 3 m/sec. This is done by means such as optimizing the shapes and characteristics of layered valves. In addition to these efforts to develop damping mechanisms that fit the character of a snowmobile, attention was also given to increasing the tolerance to heat generated when the damping force is created. This is all based on the belief that achieving a ride with a good feeling of cushioning from the suspension helps create a more relaxed and enjoyable riding experience.
The travel of the shock absorber's rod through the oil (hydraulic fluid) in the cylinder with each stroke causes fluctuations in the oil pressure. The solution that is used to prevent the formation of air bubbles (cavitation) in the oil due to the repeated fluctuations in oil pressure is to introduce nitrogen gas. And, to ensure that there is a sufficient supply of oil, a piggyback type cylinder with an extra reservoir of oil and nitrogen gas is used.
So, how do the spring and damper actually function? On gentle curves and for controlling changes in machine attitude, it is believed to be primarily the spring that functions, while the damper is at work primarily at high speed in high load situations. As for the question of whether suspensions are developed primarily around the spring or around the damper, unfortunately neither answer is correct. The important thing is what kind of machine you are out to develop. In other words, it is a matter of setting clear targets for machine performance. In the end, the potential for the evolution of suspension types and dampers are unknown quantities, so development is a process of constantly analyzing and conducting running tests on a variety of different combinations and reflecting the opinions of the users.
Whether the shock absorbers used on Yamaha snowmobiles are made in our own factories or are outsourced to a specialized suspension maker, the products always meet with high Yamaha standards, because of Yamaha's expertise in suspension design. When Yamaha developed its first Monocross suspension in the 1970s, the internal structure was handmade by Yamaha engineers using the experience gained from making replacement carburetor jets for adjusting the specifications of tiny orifices. The fact that Yamaha engineers are able to work with specialized suspension makers to refine specifications to highly exacting levels is also a result of this experience. 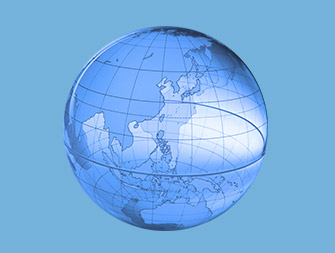 An air shock is one that uses the resistance of pressurized air for spring effect. Because it uses compressed air it delivers a progressive spring rate, which means softer cushioning for smaller bumps and strong cushioning for bigger shock loads.
The FOX FLOAT 2 air shock absorber used on the front suspension of the Apex SE features a spring inside the cylinder that contracts when the air pressure reaches a high level and cancels out some of the rebound force. When there is no such spring, air pressure alone has to support the machine and rider. This means that a high degree of air pressure is necessary even when the shock absorber is fully extended, so the stroke motion will be stiff from the start. That is why a spring is added to moderate initial stroke force. This provides good riding comfort even in the low-speed range and when going over bumps.
The FOX MEGA FLOAT rear suspension has basically the same structure as the FOX front suspension. However, in order to improve heat dissipation, reduce air pressure and improve early-stroke performance, this rear suspension is given more than twice the volume of compressed air compared to the front unit. This combines with the link mechanism function to provide both a comfortable ride and good performance over rough surfaces.

Back to Top
Chassis »
« Chassis Potential
123